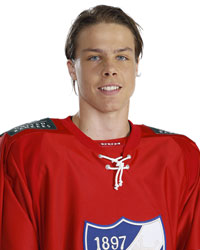 Scouting Reports:
“Two-way defenseman with elite skating ability, Heiskanen is among the best skaters in this draft class with an effortless skating stride that he routinely uses to break the puck out of his own zone. Fantastic vision with the puck both in transition and in the offensive zone; very solid defensively as well.” – Brandon Holmes, Riding Pine Hockey

“An elite two-way defenceman in the making, Miro Heiskanen has a toolbox bursting at the seams. Very smooth skater whose general agility and athleticism is excellent and on display every shift. A confident puck mover with no issues running a play himself and starting a transition up-ice. Solid creativity and impressive puck skills. Always makes the high percentage play and doesn’t put teammates in dangerous or vulnerable positions. Willingness to play a physical game is not an issue, as he is often seen throwing the body. Defensively very diligent and proactive, keeping the opposition to the outside and cutting off open and common lanes.” – EP